With coming back to WoW, one of the things I have chosen to do is start from scratch. I had logged in to my main character, Ruhtra, and the bar configuration and controls were overwhelming to me. Sure I could have worked it out with a lot of stress and feeling like the weight of the world was on my shoulders when trying to heal in randoms, or I could simply begin again with a fresh slate and help sort out how to play a Paladin from step one! I chose the restart option as I really want to immerse myself in the story of WoW and also due to the fact that I have never really played through the Tauren Paladin side of things and I would love to learn more about that story.
In truth, there is a lot of content that I have never played through starting with the Cataclysm expansion. I was so focused on raiding in Cataclysm, that everything else just fell by the side of the road. Then when Mists of Pandaria came out, my first marriage fell apart and I was too focused on real world issues to give any attention to my friends in Azeroth. I tried to get back into the game with Warlords, but I was playing at such random times it was hard to group with friends and that sort of took the wind out of my sails. Then came Legion and I bought it and never even created a Demon Hunter... seriously, who does that? Legion looked so good and I wanted so badly to play it, but my life was rapidly changing and there was little time to spend on a game that took so much time. Finally, Battle for Azeroth came out and it felt good, had a story that I wanted to experience, and I leveled my main character to cap and never looked back. So needless to say, there is a metric ton of content for me to get out there and enjoy!
One of the zones I seldom went to, even when leveling my original characters over a decade ago, was the Stonetalon Mountains. I think I went through there maybe once or twice on my way to another zone and it never really had much of an appeal for me to stop by and see what was going on. Well, I decided this last weekend that I was going to venture into the Stonetalon Mountains and find out what was going on and what had changed.
Right off the bat, you could see that Blizzard put a lot of time into the zone to further the story of Garrash Hellscream and his desire to have the Horde become self sufficient. I feel like I need to take a moment here and say that I never liked the character of Garrosh. I felt he was too rushed. A character with the lineage of Garrash deserved a better build up. Thankfully the end of his story was far better than the beginning and even a fair amount of the middle. Okay, back to my questing!
So you are sent to help support the legion of Horde soldiers who have been ordered to secure the Stonetalon Mountains. When you arrive, it definitely gives a whole different vibe than what I was expecting. The Horde is clearly at war and taking no prisoners from the looks of it. You get the usual run of the mill quests for killing this and gathering a bunch of these. The underlying tone is that you are helping the Overlord to build a very powerful weapon of mass destruction!
The story culminates at Cliffwalker Post where you arrive to assist the general of the legion. He secretly killed the Highchieftan's son and was planning to drop the bomb a Nightelf druid school. The Tauren are clearly not happy with this and ask us to investigate. We find the truth out and inform the chief who dismisses with prejudice the general. He then asks you to intervene on his behalf with the Overlord to seek mercy for having killed the general. You return, like the good soldier you are, and report to the Overlord who immediately leaves to address the situation.
As the story goes, the Overload was very pleased with the status of things and forces the chief and your character to watch as he drops his massive bomb, decimating the druid school and the surrounding area. Moments later, Garrosh arrives on the scene and the Overlord expecting praise is met with nothing but contempt. You see, at this point, for whatever reason, Garrosh was upset that a weapon was dropped on such a defenseless group of people. He lectures what his Horde is to be and at the end of it, I felt differently towards Garrosh in that moment.
Prior to this, I had never cared for Garrosh and dismissed his character as nothing more than the poor little rich kid who had everything he wanted handed to him and still was not happy. In this moment though, I viewed Garrosh Hellscream as a leader who I could see my characters getting in line behind. Rather than the poor child who had everything handed to him, I saw a leader who scraped and clawed from the ruined homeworld of his people to become a War Chief who I would follow. Ultimately, his story leads him down a much darker path and it saddens me more so now having completed this quest line, because he showed real signs of potential that he could have been a leader whom all of the Horde could have rallied behind, versus the broken Orc who died alone in a field, beaten and broken.
Character Development Questing WoW 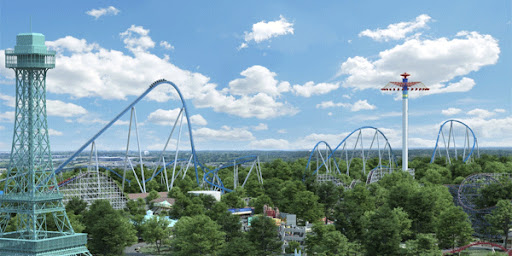 I had an interesting conversation with a friend of mine today at our lunch. We had been talking about the year we each had and how difficult things had been. I think it was more a free therapy session for me, but he was kind enough to indulge my venting. While we were talking I jokingly said that right now my life feels about like the Eastern Plaguelands looks. We laughed and soon it was time to return to work. I sat there the rest of the day thinking about it and realized that the journey of this past year truly has resembled the journey that Ruhtra has taken in WoW. I wish to share this as a way of letting some things go, but also as something I hope will provoke some thought and perhaps help someone who may be going through a rough time by letting them know that there is still so much more to explore and see on this journey, both in the game and in our every day lives. Eversong Woods I remember when I first created my Paladin as I hit the button to begin my journey, I was excited to