As a teenager, I had a passion for Marvel comics in particular. I remember many days that were spent debating comic book theory with some of my closest friends. It was my dream back then to open up a comic book shop that would also sell cards and toys. It was due to this dream that I held onto my cards, comics, and toys. I was meticulous in keeping them safe and in good condition, or at least as good of condition as a teenager would.

In 2004, I took a big step towards establishing a store. I began selling comic books online through eBay. I believe I had some great ideas at the time and was even able to buy some pretty sizeable collections. The goal was still to establish a brick and mortar store. In 2008, my Dad passed away and a lot of things went downhill very quickly. I was in a bad marriage with a toxic individual. I was over my head in debt from trying to keep my personal finances in order and also covering my parents debts. My soon-to-be ex-wife, was creating more debt and financial issues than I was capable of handling, and if all of that wasn't enough, I experienced anxiety on a scale that I have never known before. Needless to say, I lost track of my vision and everything just ground to halt.
It was around that time though that I created the blog, Holy Shock. I had a buddy who suggested it would be a way to focus on something other than everything that was bad in my life. He was right and I will forever be grateful for his suggestion. Over the years, I have tried various things with Holy Shock, but at the end, I have always stayed pretty true to my core hobbies: cards, comics, gaming, and toys!
Around 2018, I decided I would open up an eBay store once again. I dug up the old details for the Kentucky Comic Hunter and rebranded that account to fall in line with Holy Shock! At the time, the goal was really simple, sell anything and everything laying around the house, in the old office area of my Father's business, the basement that was untouched for years, and the storage units that I had most of my stuff put away in. When you manage to collect a large amount of "stuff", you have to find a way to clear it out.
That is exactly what I began doing, and I am happy to say that the funds that we have seen come in from the sales have helped to fund fun activities for my family and a nice vacation every year for me and my wife. So why am I writing about this? Well, I just wanted to share a little something about the background of the Holy Shock eBay store and also share a little bit about myself and the journey that I am on. So I invite you to take a look around the store's page here and over at eBay. If you see something you like and you have a question about, don't hesitate to reach out to me. I will absolutely respond and I am always happy to work with people to come up with a deal that helps everyone out.
eBay Holy Shock

Have I mentioned how Holy Shock got its start back in 2008? It was a simple blog that was meant to share my thoughts about my journey in the World of Warcraft. Over the years the blog changed, at times even the name changed; however, at its core was still the love for WoW. Recently, as many of you have been doing I suppose, I have been reading the numerous articles, watching the countless YouTube videos, and seeing the numerous social media posts about Blizzard Entertainment. You know... the company that is responsible for great hits like Diablo, Starcraft, and of course Warcraft. It saddened me to read the various stories  that have come to light. My heart ached for the family of the employee who killed herself on a company trip. I cannot even begin to comprehend working in such a terrible environment, and trust me... where I work is probably one of the worst environments you can imagine, and it cannot even hold a candle to the things that have been reported about Blizzard Entertainme 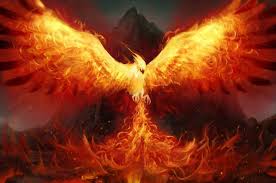 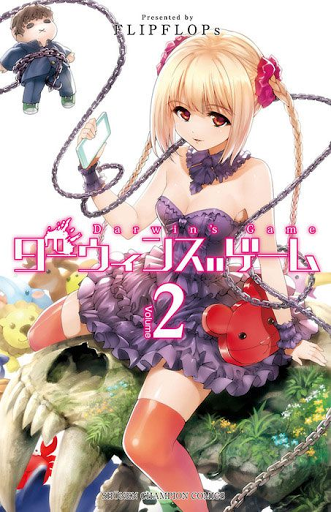 I am currently on a required leave from my work. I have been off for a little over a week, and have another week to go. During this time I have spent a lot of late night hours playing video games and watching various shows on the streaming services out there. One show I recently came across was Darwin's Game. Consider this to be your official spoiler warning and opportunity to step away from this post as I am going to share my thoughts on this anime below! Alright, if you are still reading then I assume that you are interested in the show, have watched the show already, or are just really bored. If it is the later, hopefully we can change that! So let's talk about what is Darwin's Game! In the show, the game is played out in the real world for the most part. In order to play the game, you must receive a text message to your cell phone. The message provides you a link that allows you access to the "Free to Play" game. When you choose to play the game, a snake appea